These days, it’s hard to go to the gym without running into someone who’s taking a pre-workout supplement, or as it’s known for short, “pre-workout”. For men looking to increase testosterone levels, you may have heard that pre-workouts can give your T levels a boost.

But what is in a pre-workout? Are they all the same? How do you know which is the best one to take for your body type?

Let’s take a look at some of the most common pre-workouts and what kind of impact they can have on your testosterone levels.

A pre-workout is any kind of drink or supplement that you take before a workout to boost your energy levels. In the past, you might eat a protein bar or some energy-dense food like nuts or a banana to ensure you have sufficient energy before going to the gym.

Now, it seems like every nutrition company has their own pre-workout formula. Most of them come the form of a powder that you mix with water to create a shake or energy drink.

The idea is that you’ll feel a quick burst of energy before your workout so that you don’t tire too easily and can push yourself further. Many pre-workouts also contain a mix of ingredients that are said to increase testosterone. But what effect do pre-workouts actually have on the body?

What’s In A Pre-Workout?

Most pre-workouts contain carbohydrates — after all, that’s what your body burns during a workout — but some are carb-free. Other ingredients vary, and may include supplements that are proven to boost performance, and some that are not scientifically-tested and may even be harmful.

Nearly all pre-workouts contain high levels of caffeine. Caffeine increases heart rate and blood pressure, so can get you feeling pumped and ready for a workout.

Caffeine also increases levels of cortisol  — the “stress hormone” — which has been linked to a reduction in testosterone. However, some studies have shown that consuming caffeine before a workout can in fact increase testosterone levels.

Beta-alanine, or β-alanine, is an amino acid linked to the production of carnosine, which keeps the muscles from tiring during high energy workouts. While β-alanine has proven effects on the body’s stamina, it has not been directly linked to any changes in testosterone levels.

Creatine is a substance that’s found naturally in the human body and is stored in the muscles. It’s also found in fish and red meat, although in much smaller doses than you’ll find in pre-workout supplements. Creatine is generally recognized as safe, although some studies suggest that taking it in very large doses or for years at a time can be bad for the liver and kidneys. It may also interfere with ibuprofen and other anti-inflammatory drugs.

When taken before a workout, creatine can increase muscle stamina, and may also increase levels of testosterone. Some studies show that it helps convert testosterone to dihydrotestosterone (DHT), which is a more “active” form.

Theanine is an amino acid that has similar effects as caffeine, including mental focus and alertness, although without the side effects. In fact, when taken together, theanine can reduce some of the side effects of caffeine, such as anxiety and increased blood pressure.

Branched-chain amino acids (BCAAs) are a mix of leucine, isoleucine and valine, which are three “essential” amino acids. This means the body can’t produce them naturally, so we have to get them through our diet or in the form of a supplement.

Unlike most amino acids, which are processed in the liver, the BCAAs are processed in muscle tissue. So taking them as part of a pre-workout supplement can give your muscles an instant energy boost, particularly if you’ve fasted before the workout.

BCAAs have also been proven to boost testosterone when incorporated into a workout. You may be getting enough BCAAs in your diet already (if you eat enough animal products), but if not, then a pre-workout supplement can be a good way to increase your testosterone levels.

While pre-workouts are unlikely to harm you at normal doses — the most common side-effect is feeling jittery from too much caffeine — there are some additives that have been proven dangerous that you’ll want to avoid. Pre-workout supplements aren’t regulated by the FDA, so make sure to read all of the ingredients and avoid anything that sounds sketchy.

Dimethylamylamine, or (DMAA), is an amphetamine-like substance that has been linked to cardiovascular issues and even death. The FDA has issued warning letters to companies that produce supplements containing DMAA, and it is illegal to market them.

However, because of the way that supplements are regulated in the U.S., some companies get around the ban by marketing DMAA as a “natural” additive derived from “geranium”. To be safe, avoid pre-workout supplements that contain DMAA or geranamine.

Another banned substance is beta-methylphenethylamine (BMPEA), which has also been linked to high blood pressure when taken in pre-workout drinks. A 53-year-old woman took a pre-workout called “Jacked Power” before her workout and ended up having a hemorrhagic stroke.

So-called “proprietary blends” are a way for companies to avoid listing the actual amount of an ingredient that’s in their product. If you’re looking for a particular ingredient, make sure the label shows exactly how much of it the product contains. Otherwise, you may be only getting a tiny amount of it “blended” with less effective “proprietary” ingredients.

Everyone’s body is different, and there are so many pre-workout supplements out there, that no one can say for sure which products will increase your testosterone levels. A lot of it depends on how much of these proteins and amino acids you’re already getting in your diet.

But if you find a pre-workout that’s right for you, then yes, a combination of caffeine, creatine, beta-alanine, and BCAAs could help you increase your testosterone.

Consider having your T levels tested before you begin taking a pre-workout supplement, and then again in a few months, to see what effect it has had.

What else can you do?

Whether you’re considering a pre-workout supplement, or have already been taking one, it’s a good idea to speak to a wellness professional and have your T levels measured.

Here at Renew Vitality, we can discuss the effectiveness of your wellness plan and suggest any additional hormone therapies that would be suitable for you.

If you would like to schedule a consultation, please get in touch here. 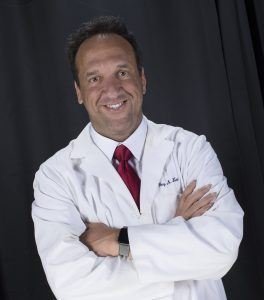