For every human being, growth hormone plays an essential role in regulating the body’s organ function, bone density, and tissue growth. However, once adults reach their 40s, growth hormone production begins to decline, leading to age-related symptoms such as decreased muscle mass and brittle bone mass. And as growth hormone deficiency continues, our bodies become vulnerable to more serious health issues, such as chronic pain, bone inflammation, and an increased risk for heart disease. But although age is a natural process of life that can’t be stopped, it can be slowed down if low growth hormone levels are restored to optimal standards.

Peptide therapy is a form of hormone replacement therapy that can help replenish declining GH levels. Currently seen as one of the most effective anti-aging treatments, peptide therapy utilizes synthetic peptides to mimic and stimulate increased GH production to treat growth hormone deficiency. Growth hormone-releasing peptides (GHRP) such as Sermorelin and Ipamorelin can be used to restore growth hormone and, at times, can even pair with other types of peptides as an effective testosterone replacement medicine to optimize increased growth hormone production. One of the most effective peptides that physicians have found to work best with Ipamorelin in treating GH deficiency and age-related health issues is the peptide CJC-1295.

The CJC-1295 is a synthetic growth hormone-releasing hormone (GHRH) peptide with 30 amino acids that stimulate increased growth hormone secretion and insulin growth factor (IGF-1). By stimulating one side of the pituitary gland to produce more GH, CJC-1295 can help increase muscle mass and strength. Originally created to treat diseases, CJC-1295 has shown to exhibit anti-aging properties, making it a very effective regenerative medicine for other medical conditions besides GH deficiency.

Patients have reported experiencing several benefits after using CJC-1295 for treatment, which include:

Schedule a consultation today!
Find a Renew Vitality location near you and get a customized treatment plan to optimize low testosterone levels and transform life.

Why Combine CJC-1295 and Ipamorelin?

Ipamorelin is a growth-hormone-releasing secretagogue that stimulates the pituitary gland to increase GH production and releases those hormones through the bloodstream to help improve memory, pain, and cognitive skills. CJC-1295 also focuses on the pituitary gland to promote increased growth hormone production, improving muscle mass and function. Together, the two peptides work synergistically to stimulate the pituitary gland into producing a stronger increase in growth hormone. When prescribing CJC-1295 or Ipamorelin peptide therapy, a physician will often combine the two peptides to help increase the benefits of GH treatment. By using a CJC-1295/Ipamorelin blend, patients can double, if not triple, their increased hormone secretion to maximize results.

How CJC-1295/Ipamorelin Works in the Men`s Body?

However, Ipamorelin is a fast-acting peptide with a half-life of 2 hours, whereas CJC-1295 has a longer half-life of 6-8 days. For that reason, Ipamorelin is typically combined with CJC-1295 for patients to fully utilize the benefits of Ipamorelin therapy and boost increased GH production for an extended duration. Together, the combination provides the instant response of Ipamorelin with the long-lasting effects of CJC-1295, all while amplifying increased growth hormone levels in the blood. In addition, thanks to Ipamorelin’s ability to break down fats, patients have also found the combination of CJC-1295/Ipamorelin very effective for weight loss.

What Is the Dosing for CJC-1295/Ipamorelin?

The most effective method to administer a CJC-1295/Ipamorelin dosage is through subcutaneous injection. The best time to take CJC-1295 is in the evening, as the body usually produces the highest growth hormone levels later in the day. Your physician will determine your prescribed dosage after evaluating your physiology and reviewing your medical history.

In some cases, physicians may also increase the combined dosage of Ipamorelin and CJC-1295 to optimize results. These larger doses are usually most effective when taken before bedtime; however, patients prescribed smaller doses should take their medication at least twice daily. You will need to administer your doses at least one hour before or an hour and a half after eating.

A physician will typically prescribe CJC-1295/Ipamorelin treatment for 12 to 16 weeks; however, that will depend on your medical history and your body’s response to treatment.

The safest way to use CJC-1295 is via subcutaneous injection through the fatty areas of the skin or the muscle. The most common areas for CJC-1295 injection are usually around the stomach or the upper arm. Since a CJC-1295 injection can stimulate the pituitary gland to dramatically raise GH and IGF-1 levels after long-term use, your physician may recommend periodic breaks from administering CJC-1295 to allow the pituitary gland to recover from overstimulation before continuing treatment. As every person’s physiology is different, your physician may also monitor your progress to determine if and when you will need breaks from using CJC-1295 as a long-term treatment.

What Are the Side Effects?

Patients undergoing long-term CJC-1295 treatment may also experience pain and swelling after repeated shots to the same injection site. In rare cases, some patients have experienced mild hypertension and water retention. Before starting treatment, you should discuss the side effects of using CJC-1295 peptide therapy with your physician to determine if the compound is suitable for you to use as a long-term treatment.

Who Is a Good Candidate for CJC-1295/Ipamorelin?

Anyone over 30 hoping to boost their energy levels and metabolism can qualify for CJC-1295. However, if you are an aging adult who strives to live a healthier life and prolong the signs of aging as you get older, utilizing CJC-1295/Ipamorelin can help you achieve those goals.

Typically, the cost of CJC-1295/Ipamorelin peptide therapy will depend on your dosage level and duration of treatment. After a medical evaluation, your physician will determine the appropriate dosage level to fit your body type and the amount of time you may need to stay on treatment.

There are various ways to help reduce costs for your medication. Your nearest hormone replacement clinic may provide payment options to help make treatment more affordable. You should discuss any payment schedules with their office before starting treatment.

When Can I Expect To See CJC1295/Ipamorelin Results?

Most patients can expect to see slight changes in the body after the first month; however, it can take about 3 to 6 months to fully experience the benefits of CJC-1295/Ipamorelin therapy.

At Renew Vitality, we offer CJC-1295 and Ipamorelin peptide therapy to treat age-related symptoms. We create comprehensive wellness plans incorporating hormonal replacement to help adults improve their physiology and optimize their overall health. Contact us at 1-888-380-2290 to schedule an appointment with one of our physicians at any of our hormone replacement clinics in the United States. 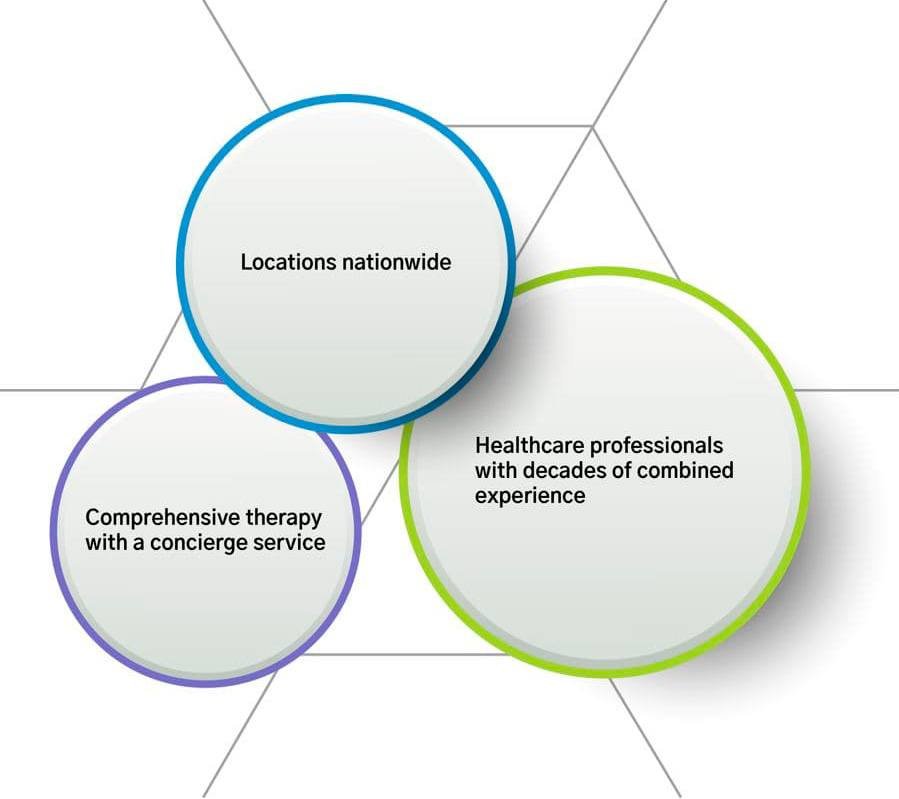 You can take CJC-1295 consistently for six months as a long-term treatment. However, when using CJC-1295 with Ipamorelin, there is a risk that it can become no longer effective after long-term use. Therefore, your physician may recommend taking breaks during or after the first six months for your body to avoid becoming resistant to CJC-1295/Ipamorelin medication.

Your physician will determine how often you take CJC-1295 based on your medical history and physical evaluation. Typically, patients are expected to administer CJC-1295 at least once every day; however, in some cases, physicians may prescribe a plan that allows for a break every few days or on the weekends.

Although CJC-1295 and CJC-1295 DAC are quite similar, the most significant difference is the addition of the DAC molecule. Without DAC, the CJC-1295 half-life is reduced by 30 minutes.