How Long Does It Take for Sermorelin to Work?

Home » Blog » How Long Does It Take for Sermorelin to Work?

In the US, an estimated 6,000 people annually are diagnosed with growth hormone (GH) deficiency. It’s a common misconception that GH deficiency predominantly affects children: in reality, four-fifths of all cases occur during adulthood, most of which are diagnosed between the ages of 40 and 50.

A hormone deficiency diagnosis is unsettling, but with modern advancements, it’s a completely manageable condition. Studies show that GH secretagogues like sermorelin are safer and more effective than HGH for the treatment for GH deficiency.

Traumatic brain injuries, tumors, and tuberculosis are just a few health problems that may spur adult-onset GH deficiency. But in many cases, no pathological cause can be found. It’s thought that many of these cases are due to an age-related decline in pituitary function.

GH deficiencies manifest themselves in different ways – some men experience quite obvious changes like weight gain and balding, whereas others are asymptomatic. According to the Endocrine Society, the most common symptoms are high cholesterol levels, poor stamina, sexual dysfunction, dry skin, weakness, and extreme fatigue. Low GH isn’t life-threatening, though it does increase risks of stroke and heart disease.

Recombinant growth hormone therapy (rhGH) is an FDA-approved therapy for low GH, but it’s considered too risky for milder cases. For those who aren’t eligible for rhGH therapy, there are GH secretagogue treatments like sermorelin.

Restoring levels to normal can reverse these side effects and risk factors, and may even make you look younger. This is because sermorelin triggers cell regeneration and improves cell turnover. Additionally, research suggests that GH secretagogues may even improve the side effects of degenerative diseases. Rather than injecting synthetic or Recombinant HGH, sermorelin encourages natural GH production by tricking the receptors into accepting it as growth hormone releasing-hormone (GHrH).

Sermorelin therapy is one of the most effective ways to boost GH levels since it works off of the body’s natural mechanisms for GH production. Sermorelin is what’s referred to as a bio-identical GHrH secretagogue, meaning it binds to GHrH receptors and triggers the somatotropic cells of the pituitary gland to synthesize and release natural GH into the body.

HGH is our body’s primary means of restoring damaged tissue. This is why sermorelin patients report positive changes like joint pain relief, tighter skin, increased immunity, weight loss, and muscle gain. Other significant improvements seen with sermorelin are healthier lipid profiles and a decrease in risk for cardiovascular problems.

When GH attaches to the receptors within our fat cells, it causes our body to use these fats more efficiently, which can lead to a boost in metabolism, decrease in “bad” cholesterol, and a loss of excess fat.

A blood test by a medical doctor is needed to evaluate your hormone levels and pituitary function and make a definitive GH deficiency diagnosis. It’s important to talk to your primary doctor to see if you’re healthy enough for sermorelin treatment.

How Long Does It Take for Sermorelin to Work? 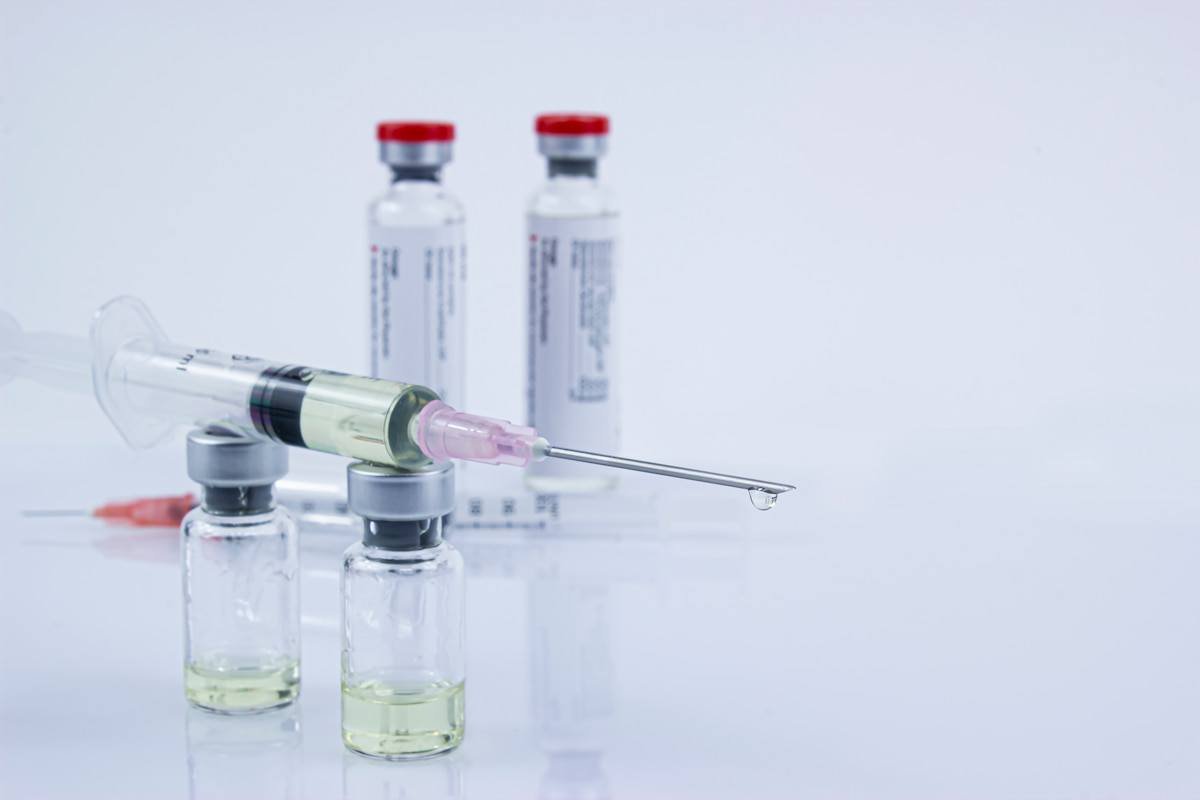 Most patients notice a difference in the way they look and feel after about 3 to 6 months of treatment, though this depends on several factors, including initial GH levels and dosage. HGH is released in a pulsatile manner rather than continuously; this is partly the reason that it takes longer to see noticeable effects with sermorelin therapy than testosterone therapy.

Daily injections of sermorelin are recommended at the start of treatment, though the dosage and frequency may need to be adjusted after a period of time. Sermorelin promotes healing from the inside out, but these regenerative processes take time. Remember that patience is key when you first begin therapy.

Factors That Can Affect Sermorelin Effectiveness

Three-fourths of the HGH secreted by the pituitary gland occurs during deep sleep; this is why getting enough quality rest is imperative for healthy HGH secretion. The HGH released during sleep is responsible for the reparative processes that help our bodies to heal from sickness and physical strain caused by daily activities.

One study found that deviation from a traditional sleep schedule, like that seen with third shift workers, can lower the secretion of HGH during deep sleep. Half of the participants in the study were “free running”, meaning they were allowed to set their own bedtime but had no access to clocks, windows, or other sleep cues.

The other half of the group went to bed at their normal set time. The pulsatile secretions of GH during the sleep cycle of the “free running” group were much shorter-lasting than those of the control group.

Another factor that affects HGH secretion is physical activity, with one study by the University of North Carolina-Greensboro stating “aerobic and resistance exercise result in significant, acute increases in GH secretion” and calls exercise a “potent physiological stimulus for growth hormone (GH) secretion.”

How We Can Help

Low GH is an entirely manageable condition with sermorelin therapy, which can minimize some of the most common symptoms and help you maintain current hormone function. There’s one problem with this therapy though—many hormone replacement clinics don’t offer it.

We understand that a GH deficiency diagnosis can be frightening, but our medical professionals will guide you every step of the way on your journey to wellness. Proper diet and exercise have been shown to enhance the effectiveness of sermorelin therapy. This is why we create a custom-tailored wellness plan for each of our patients.

Are you experiencing the signs of a hormone imbalance and want to know for sure? Schedule a consultation today for an exam and interview to see if HRT might work for you.