What Is Hormone Replacement Therapy?

While testosterone levels stay pretty consistent for most men’s young adult lives, after we hit 30 our levels start to slowly but surely drop – some more dramatically than others. Luckily, many men can help address the effects of hormonal imbalances with hormone replacement therapy, an often misunderstood treatment that can have remarkable benefits for aging men and might be able to help you too.

Here’s What Hormone Replacement Therapy is 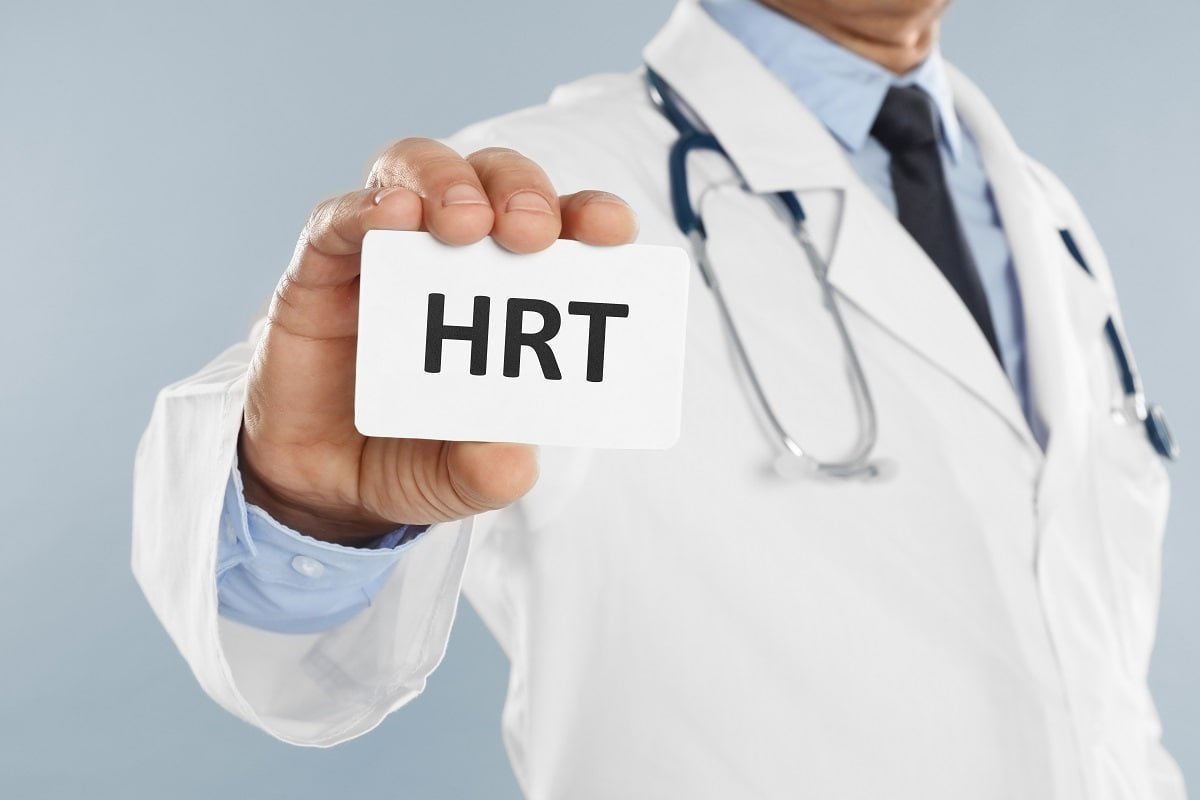 Hormone replacement therapy (HRT) is a non-invasive medical treatment in which hormones are prescribed to compensate for below-average levels. HRT has become a catch-all term for many types of hormone regimens, but for our purposes, we’ll focus on treatments for low GH and low T in men.

If a doctor suspects their patient’s levels are off, they’ll order a blood serum analysis to see if their concentrations are within range. The symptoms of hormone imbalance can mirror those of other conditions and men often live with hormone imbalances for years before getting a proper diagnosis.

Low GH is slightly harder to diagnose than low T since it requires an IGF-1 test in addition to the blood analysis. This test usually has to be repeated several times after the diagnosis is made to find the appropriate dosage for that person.

Low hormone levels can cause men to feel more tired than usual and even affect mood. As hormone production decreases, men often find their metabolism slows. Men with low T may begin to pack on pounds, with no notable changes to their diet or activity level.

Sermorelin acetate, sometimes called by the brand name Geref, is an injectable medication used to diagnose and treat low growth hormone levels in men with an underactive pituitary gland. The molecular structure of sermorelin allows it to mimic and functions as a growth hormone-releasing hormone, the hormone primarily responsible for maintaining our body’s GH levels.

Because of its potency, patients only require a fraction of a microgram in each dose, which is taken by injecting this medication under the skin. Most doctors advise patients to take their injection at bedtime since that is the time the body’s natural restoration processes occur. Depending on hormone levels, sometimes doctors will recommend an extra dose first thing in the morning for men with very low levels.

Doctors sometimes suggest sermorelin therapy as a preventative measure against osteoporosis, since brittle bones and low GH often go hand-in-hand. Sermorelin is also in longevity medicine since multiple studies have found it capable of regenerating body tissue and improve the immune system.

For some patients, sermorelin even improves their quality of life. Symptoms like low energy, insomnia, poor memory recall, and decreased libido can take a toll on mental and emotional well-being, but research indicates that sermorelin may help these symptoms.

Many patients with low GH find success in treating low energy, poor sleep quality, and decreased libido, with this therapy, though it isn’t recommended for people with hypothyroidism.

Testosterone therapy (TRT) is the most common type of hormone replacement for men over 30, with prescriptions tripling in the US and spiking 90% in the UK from 2001 to 2011.

Unlike other treatments on this list, TRT involves supplementation with bio-identical hormones, rather than relying on mimetics and secretagogues to do the bidding.

It’s scientifically-accepted that a male’s production of testosterone is reduced by an average of 1-2% each year after age 30, but this isn’t the only downward trend causing more and more men to turn to HRT. A lengthy study of over 1,000 men found that the average testosterone level in modern-day men is significantly lower than the average just three decades ago.

TRT is usually self-administered by the patient at home; and can be in the form of prescription patches, gels, or injectable solutions. Sometimes doctors will suggest subdermal pellets for testosterone therapy since they release a very low dose and, some patients feel it’s more convenient.

Misuse of testosterone has caused this treatment to come under scrutiny over the years, though studies show patient satisfaction rates are above 70%. TRT patients describe an increase in concentration and sex drive in the first few weeks of treatment and even report having a “better quality of life.”

Much like sermorelin, ipamorelin is a chain of amino acids that work indirectly increase the natural production of GH. It does this by encouraging the activity of GH secretagogues in the pituitary to release GH in a pulsating manner like which occurs naturally during periods of growth.

The structure of ipamorelin resembles ghrelin or the “hunger hormone,” which is a neuropeptide that works with other hormones to stimulate pituitary function. Even though this medication is a ghrelin-mimetic, it doesn’t affect appetite as much as other GHrH antagonists, making it a great alternative for people who have trouble managing their weight.

Ipamorelin is referred to as the “first selective GH secretagogue”  because it only acts on specific hormone receptors and has minimal effects on ACTH and cortisol levels. This is important since high levels of cortisol (sometimes called the “stress hormone,” can increase risk factors for heart attacks and stroke.

Deciding to go through with HRT is a serious medical decision, but one with which many men struggle. The doctor’s at Renew Vitality know the choice to undergo hormone therapy can be a difficult one. Our medical team is here to guide you through every step of treatment and will work with you through all your concerns.

If you are feeling unlike yourself, and think hormonal problems may be to blame, schedule a consultation at one of our offices today. Consult with your primary care practitioner to make sure you’re healthy enough for hormone therapy before beginning treatment.