Benefits of HGH and Sermorelin Therapy

HGH therapy has been the topic of much debate in recent years, especially in the sports industry where HGH “doping” scandals have made the headlines more than a few times. HGH is not just illegal in the sports world, but is strictly regulated by the Food and Drug Administration as well, and can only be prescribed for a couple of very serious conditions.

A newer drug called sermorelin is bridging the gap for men who are ineligible for HGH therapy. This medication stimulates the body to release natural HGH, rather than replacing the supply with synthetic HGH or rhGH.

Why Human Growth Hormone Is Important

HGH is a hormone released by the pituitary gland to encourage tissue growth in children and adolescents, but HGH production doesn’t just stop when a person reaches adulthood.  HGH levels decrease with age, but this hormone maintains its influence over insulin levels, blood sugar levels, protein production, and the metabolism of fat.

Use of synthetic HGH is illegal except in the treatment of growth hormone deficiencies and to prevent wasting in the end stages of AIDs. Synthetic HGH is very effective at restoring muscle mass and increasing bone density, though these benefits can come at a high cost; gynecomastia, swelling of the heart, cancerous growths, and liver damage are just a few of the severe side effects listed for HGH therapy.

Sermorelin is a peptide analog of human growth hormone-releasing hormone developed in the 1980s to treat adult-onset growth hormone deficiency. A peptide analog can be thought of like a mirror image of the biological molecule and is capable of binding to the same receptors as the natural molecule. What sets sermorelin apart from other hormone therapies is that it restarts production of the body’s own hormones rather than supplementing with synthetic versions.

When injected, sermorelin tricks the pituitary gland by mimicking the actions of growth hormone-releasing hormone (GHRH) to encourage the release of naturally-occurring GH. Most medical professionals consider sermorelin to be a safer alternative to HGH therapy since it involves no synthetic or recumbent growth hormones; and unlike HGH therapy, sermorelin has no severe side effects and or reports of overdose.

Sermorelin has a reputation for being an “anti-aging” wonder drug, but it does much more than minimizing the appearance of wrinkles. This medication encourages regeneration of nearly every organ system (with exception to the nervous system); for patients, this means healthier looking skin and hair and the regrowth of damaged organ tissue.

Research suggests that sermorelin can be very beneficial to those at risk for arthritis since it has a positive effect on the synovial membrane that lines the joints. Due to the release of natural GH, many patients exhibit increased bone density, which can prevent the development of age-related osteoporosis.

How We Can Help

Renew Vitality specializes in hormone therapy and wellness programs for men over 30 with hormone deficiencies. Our providers are passionate about men’s health and work with each patient to create a personalized treatment plan tailored to their individual needs.

Hormone therapy is only one part of our multifaceted approach to wellness; other tools we implement to increase success rates are nutrition counseling and exercise recommendations. Once treatment has begun, regular check-ups and blood tests will help us to make sure you’re receiving the correct dosage for your body.

If you suspect you may have an HGH deficiency, but don’t know for sure, then please schedule a consultation at one of our ten locations. Aches and pains don’t have to be the norm— let us help you get back to the best version of yourself. 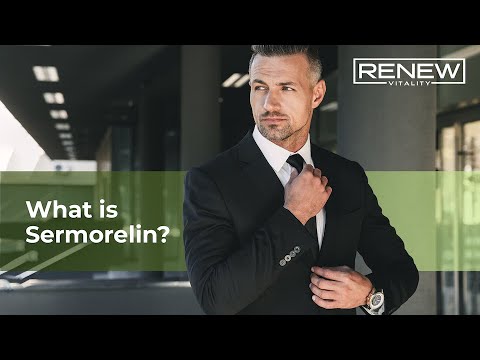 You may also like
What Does High Testosterone Do To a Man?

Testosterone deficiency is a frequent topic of commercials and medical journals but seldom do we hear about the opposite end of the spectrum, high testosterone. High testosterone or hypergonadism, is equally concerning but less common than low T. Hypergonadism can stunt growth in adolescents and predispose adult men to a slew of secondary conditions, some…

If you’ve done any research into hormone optimization, you probably already know the terminology surrounding testosterone levels is enough to make anyone’s head spin. “Free testosterone”, “bioavailable T”, and “bound T” are just a few of the terms used when talking about T deficiency. Luckily, we’re here to help you decipher all the medical jargon…

For millennia, men have used food to boost their libido and perceived “manliness”. We know that oysters were used by the Romans as an aphrodisiac and also by Casanova to boost physical stamina. Modern research has revealed some truth to these claims and the science behind the hormonal effects of these foods may surprise you….